Information and Communication Technologies Week of Uzbekistan - ICT WEEK UZBEKISTAN was held in Samarkand on October 24-28. Astana Hub International Technopark was part of the Kazakhstani delegation led by Bagdat Musin, the Minister of Digital Development, Innovation, and Aerospace Industry of the Republic of Kazakhstan. 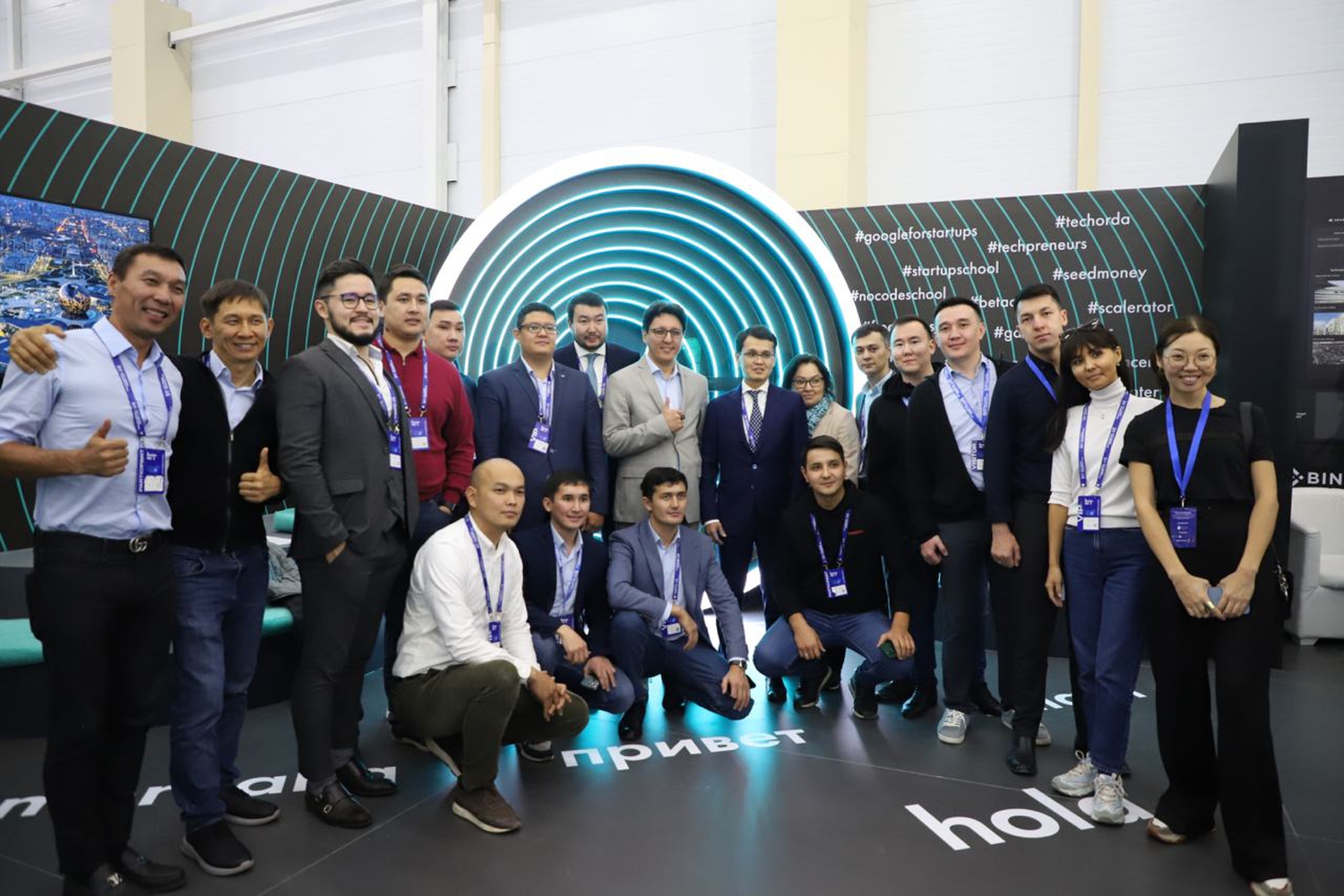 "In general, we have one idea - to represent Central Asia as a single region for IT outsourcing and startups," said Minister Bagdat Musin.

During the first exhibition day at the Digital Eurasia Forum, Magzhan Madiev, CEO of the technopark, spoke about the Astana Hub innovation ecosystem and participated in the panel session "Integration of OTS Technoparks in order to increase the export of IT services."

Technoparks from the Organization of Turkic Nations (OTS) member states continued to discuss cooperation under the Memorandum, signed on September 28, 2022, within the framework of Digital Bridge 2022 in Kazakhstan.

Technoparks in the OTS countries will continue to increase the export volume of IT services jointly, implement joint acceleration programs, and also plan to launch a joint startup house in Silicon Valley in the United States.

"In my opinion, we are making solid progress on several fronts. We are already negotiating the launch of joint acceleration programs and the launch of a joint startup house in Silicon Valley in the United States," said Magzhan Madiev, CEO of Astana Hub.

At the moment, Sergek and Parqour are already represented in the Uzbekistani market. In Namangan, 28 "SERGEK" complexes have already been installed. In turn, Parqour has four operating facilities in the country. More than 50 thousand cars pass through the system per month.

During the exhibition, representatives of the technopark consulted around 1,000 individuals about Astana Hub's residence and acceleration programs.

The exhibition was held to create a platform for exchanging experiences and demonstrating the achievements of modern technologies and innovations. The Ministry of Information Technology and Communications of the Republic of Uzbekistan supported the event. The organizer of ICT WEEK Uzbekistan was the AVANTAGE EVENT AGENCY.