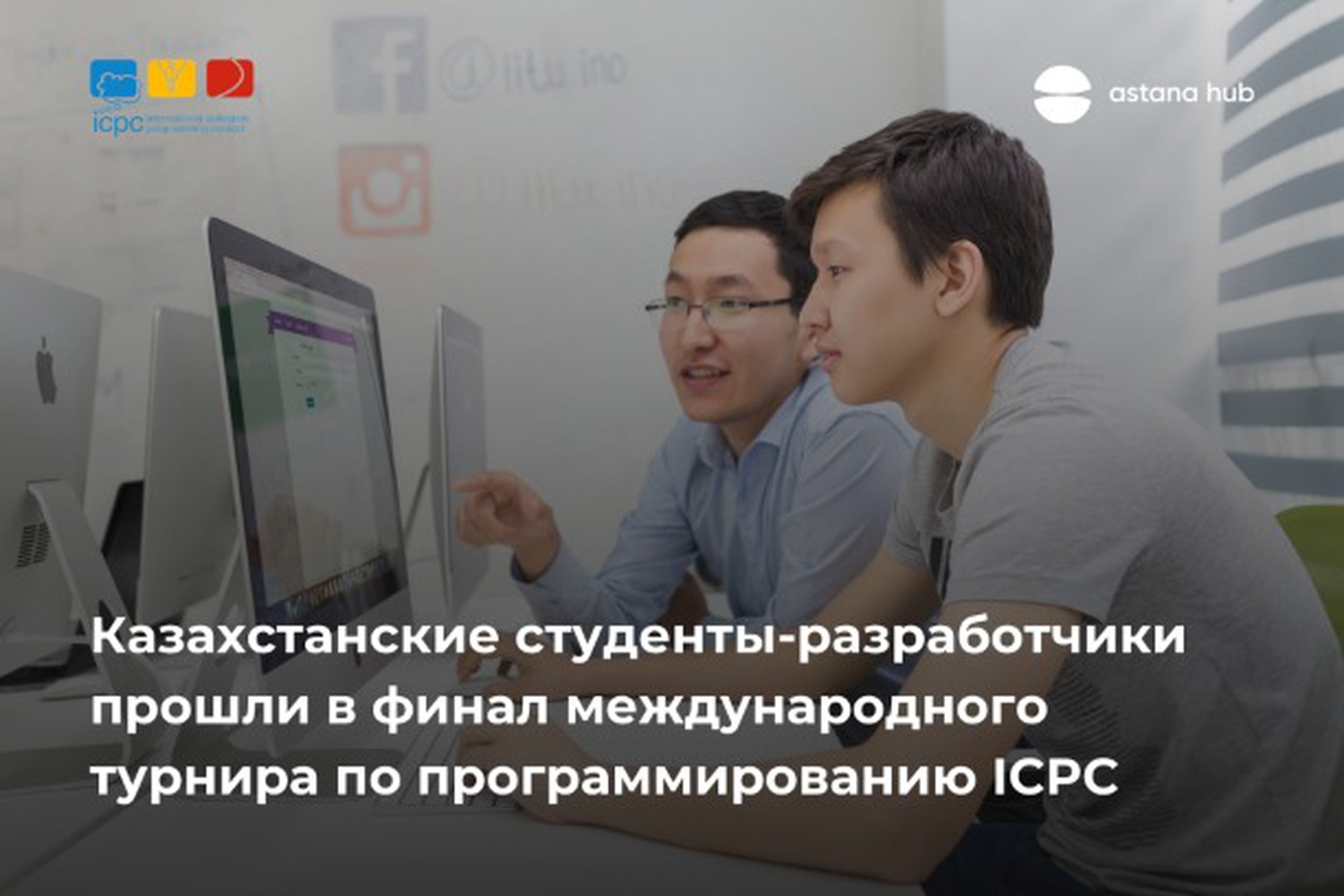 The International Collegiate Programming Competition (ICPC) is the global programming competition among universities around the world.

The mission of the competition is to provide students from different universities the opportunity to interact with each other and to create a platform for the industry and academia to focus the public's attention on the next generation of computer professionals.

Every year, more than 50,000 programming students from more than 115 countries take part in the qualifying rounds, the best of which reach the final. Participants receive job offers from technology leaders or launch their own startups.

On April 4, the offline stage of the Northern Eurasia Final, the semi-final competition of ICPC 2021, was held. 4 Kazakhstani teams of developers from universities: International IT University, Kazakh British Technical University, Suleyman Demirel University and Nazarbayev University made it to the semifinals of the tourney.

We congratulate the teams and wish them victory in the tourney!

You can find the full list of the semi-final winning teams here.