On February 25 of this year, the British Ambassador to Kazakhstan Kathy Leach visited the international technopark of IT startups Astana Hub. 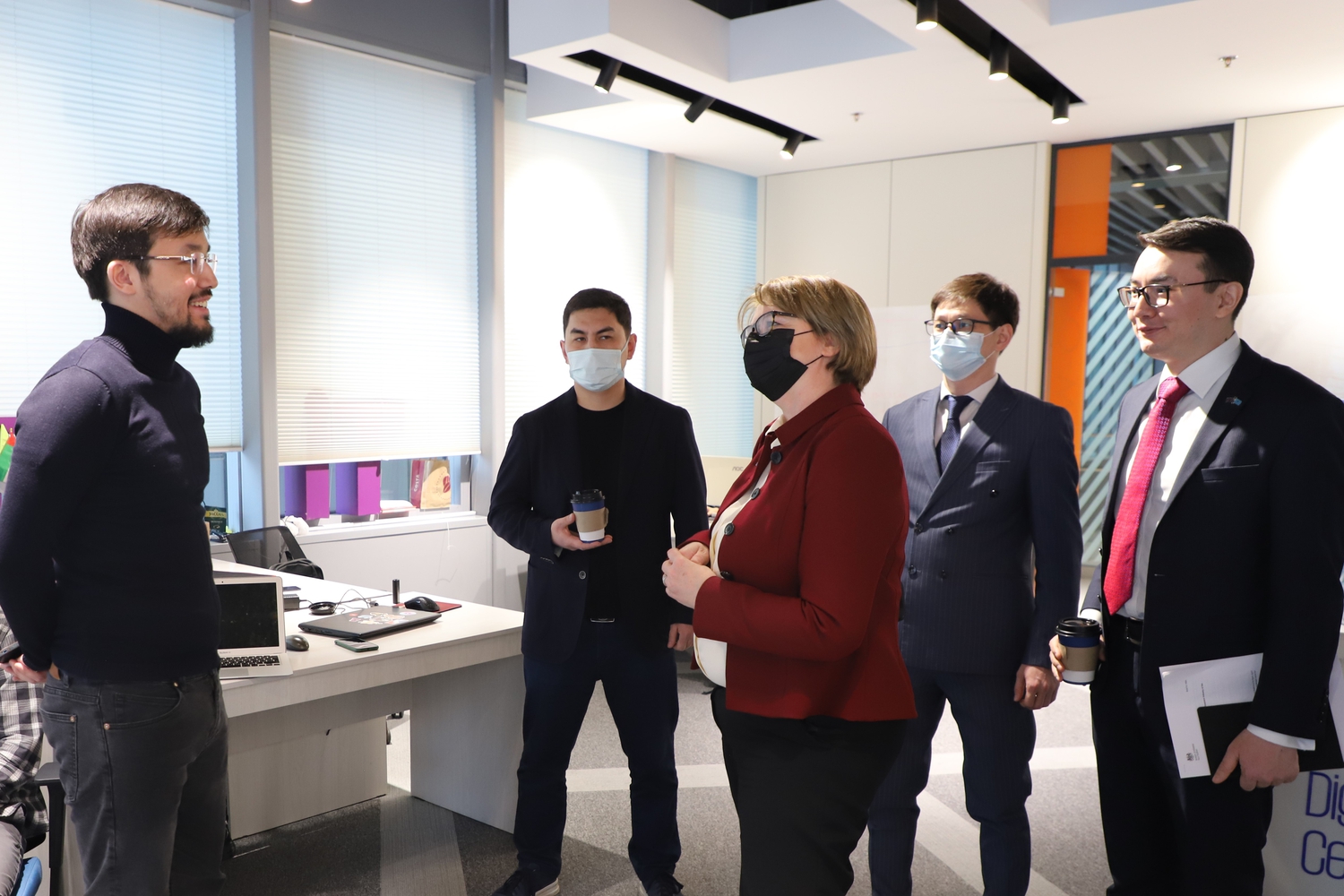 A tour of the Alem programming school for Mrs. Kathy Leach was conducted by the Chairman of the Board of the school Danabek Kaliazharov. During the visit, he spoke about the features of the school, its achievements and outstanding students.

Recall that Alem is the first free programming school in Central Asia based on the principles of mutual learning. At Alem, training is carried out through the analysis and development of projects and the interaction of talented students with each other without the involvement of teachers.

The meeting was attended by the General Director of Astana Hub Magzhan Madiyev, he spoke about the results of the technopark and shared plans for the development of the IT ecosystem in Kazakhstan. The Ambassador was also informed about the opportunities of Astana Hub, which are available to the participants of the technopark, namely: tax preferences, access to master classes and workshops from world experts, free space and the possibility of participating in various programs presented in the international technology park of IT startups.

The guests also got acquainted with the team of the startup UvU (child safe transportation service). CEO and co-founder of the project Madiyar Toleugali spoke about the achievements of the startup, noting the special role of Astana Hub.

Astana Hub continues to work on establishing international cooperation. Recall that not so long ago, representatives of Astana Hub met with a representative of the Embassy of the Hashemite Kingdom of Jordan.