How to solve the problems of employment of novice programmers with the help of new technologies? The participants of the First Petropavlovsk Hackathon tried to find the answer to this question. The event was the result of cooperation between Kozybayev University and Astana Hub as part of the work of the regional community managers of the capital's technopark. 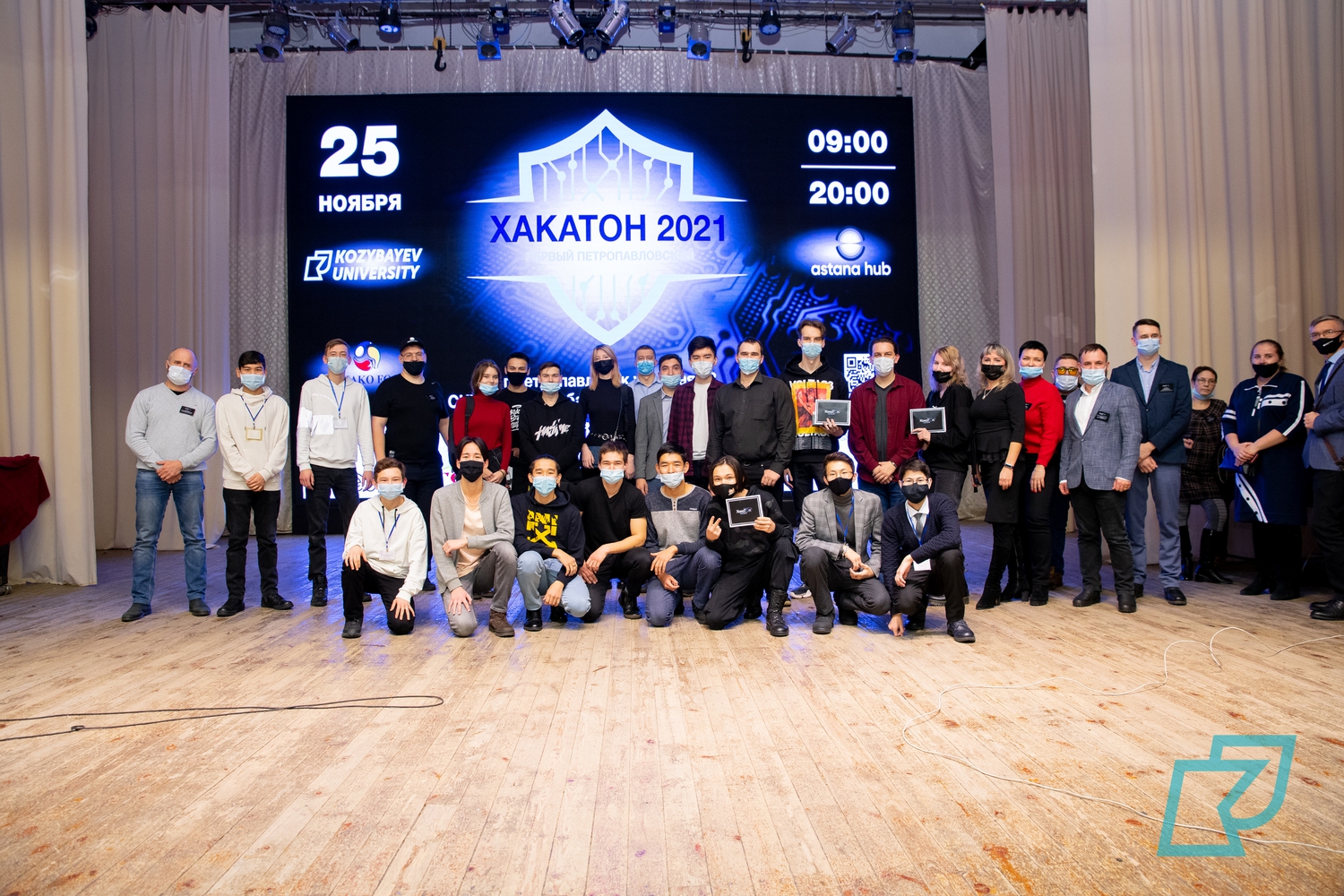 120 students and schoolchildren, divided into teams of 5 people, solved tasks specially designed for the hackathon on employment of students in the city's IT specialties. The completion of the six-hour brainstorming session was team pitching to potential employers - heads of regional IT companies that supported the event: GeoScan Kazakhstan, GEM SK Firm LLP, 1C Arida, IT LABoratory, Advance, INTEGRO, ANTIS MED, as well as representatives of Technodom and Kazakhtelecom.

The urgency of the task was that despite the already existing platforms like hh.kz, there is a lack of a single base for the IT specialists of the city. According to university staff, the most successful solutions can be scaled to other specialties in the future. The hackathon was attended by students of Kozybayev University, M. Zhumabayev College, Railway College and students of the NIS of Petropavlovsk, who, in fact, are a potential target audience for their future developments.

The participants were given only 5 minutes, during which they had to have time to present a ready-made solution and argue its uniqueness and usefulness. 14 teams took turns presenting their ideas. The most popular were job search sites, platforms and mobile applications with creative names such as Workplacesko, JumysHub, Senin jumysyn, Prezi telegram bot for graduates and related site for employers, and even Resume Bank. There were also variations on the modern labor exchange - for example, a database integrated with an online educational platform that solves the problem of lack of work experience. Most of the developers during the presentation focused on minimalism and ease of use of the future product.

Daniyal Zhanturin, Nikon Dolgushev, Arman Kaliaskarov, Andrey Tarasyuk and Artyom Semeynikov are 3rd year students of Kozybayev University, classmates and future programmers. The team developed a cross-platform application that combined the functions of different services. The guys are planning to create an application on a special constructor, which will allow developing the product with minimal costs for programmers. Students call the combination of messenger aggregator, regional statistics and analytics from Google a feature of their idea.

Based on the results of all performances, the jury unanimously recognized the best team No. 9 - 3rd year students of Kozybayev University. Unlike rivals, the team mainly consisted of girls. The winners received a monetary reward in the amount of 500 thousand tenge and memorable gifts from sponsors.

The second and third places went to the teams of Kozybayev University and NIS Petropavlovsk. The winners received 250 and 150 thousand tenge, respectively.

Hackathon is a forum for developers, during which participants from the IT field work together to solve a given problem within the allotted time.

This year, Astana Hub launched the Regional Community Managers program in 15 cities of the republic, where local IT communities have already been formed. These are Aktobe, Aktau, Atyrau, Kokshetau, Kostanay, Uralsk, Ust-Kamenogorsk, Pavlodar, Taraz, Turkestan, Zhezkazgan, Kyzylorda, Petropavlovsk, Taldykorgan and Shymkent. The regional technopark ambassadors worked for 3 months with local programmers, IT companies and other interested audiences, organizing trainings, workshops and webinars.