35 startups have passed the Scalerator 2022 program, and now they are exploring foreign markets 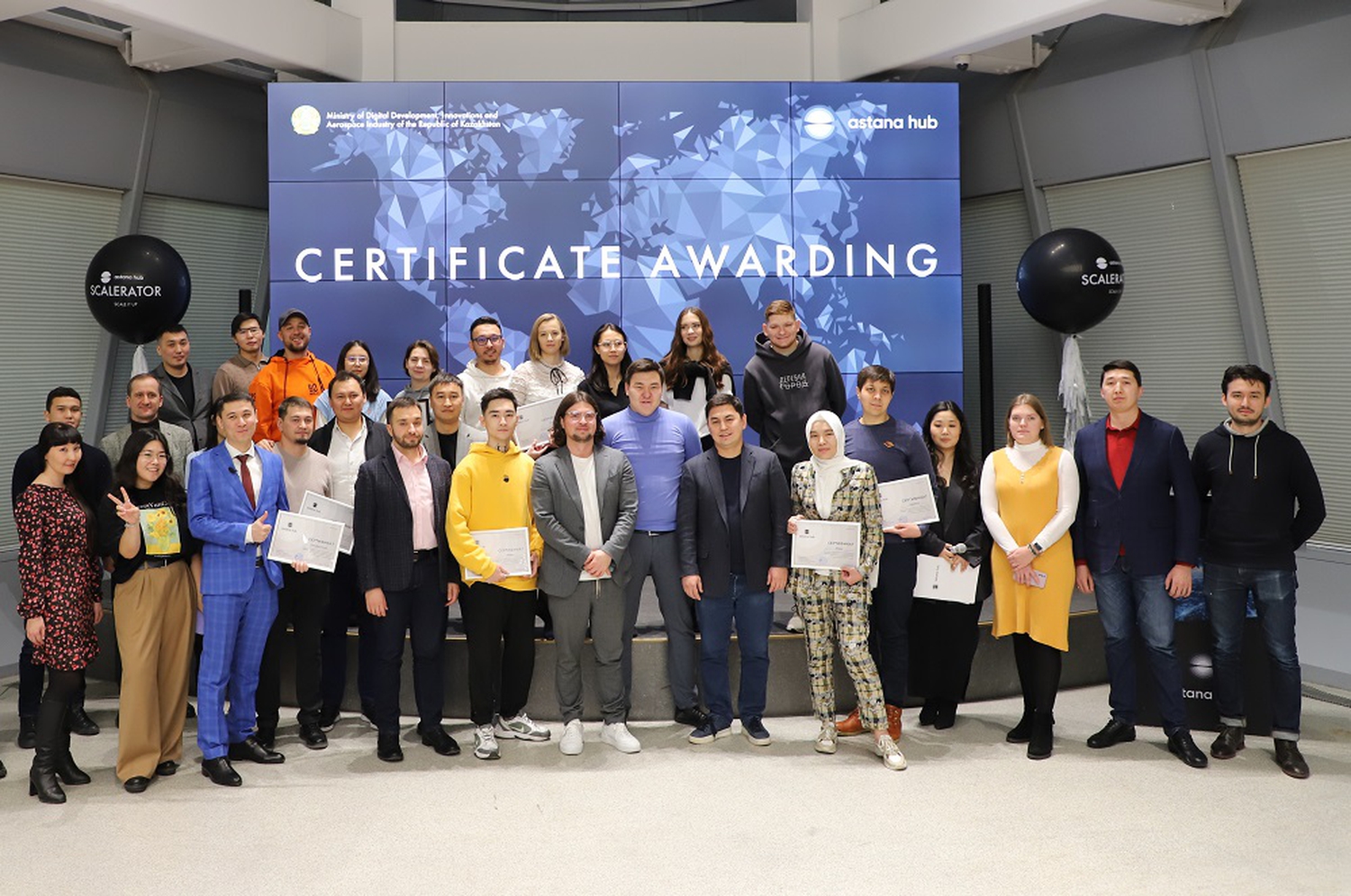 "IT solutions export is one of the most important directions in the diversification of Kazakhstan's economy. The goal of the domestic IT industry is to reach $500 million in annual IT exports by 2025, and Astana Hub's acceleration program - Scalerator, is becoming one of the tools to achieve this goal," said Magzhan Madiev, CEO of Astana Hub.

At Demo Day, dedicated to completing the Scalerator's second stream, startups presented their results to invited investors and business angels.

"Thanks to the acceleration, we learned how to reach out to foreign partners. The program is a treasure trove of knowledge that will help us spread worldwide. We have defined our target markets as the United States, Turkey, and the UAE. There is a huge interest in our project. We provide the opportunity to conclude contracts in 90 seconds; it doesn't matter where the counterparties are. We already have international sales. I am confident that we will become one of the unicorns of Kazakhstan," shared Chingiz Dauletbaev, CEO of the startup TrustContract.

During the program, the startup SmarTestPrep entered the markets of Indonesia, Vietnam, and Latin America. The company has helped over 1,000 applicants receive $10 million in college scholarships.

Droppy released the game in the Play Market and Apple Store. The startup has made about 120 iterations with NGOs, and ministries in the Middle East (Saudi Arabia, UAE, Oman, and Qatar), the US, and Latin America (Colombia, Bolivia, and Brazil).

The palm pattern biometrics company Alaqan has become Akgün's partner in Turkey and has begun launching the product in 500 Turkish clinics.

A cloud-based service that automates renting apartments with smart locks, ApartX has attracted a partner developing their service and business in Turkey. Currently, the startup is integrating with international systems that assist in automating hotels and apartments.

Transportation companies, distributors, and manufacturers use Click Clog's cargo tetris services. During the acceleration program, the startup set up a new sales system through LinkedIn, which brought in several new contracts. The company has begun operating in the U.S. market.

Dispatch 5, during the project, earned $ 12 thousand and increased the company's number of employees - from two to eighteen people.

E-Knot, a digitalization service of housing and communal services specializing in collecting signatures, approvals, and online payment, has already launched in many cities in Kazakhstan, Turkey, and Uzbekistan.

Ezapp startup has launched a service that helps distribution companies and FMCG manufacturers control goods on shelves, thereby increasing their sales by 5%. The company is now in the process of signing contracts with several companies in Turkey.

"In 10 weeks, the teams have done what many fail to do in a year. Even companies with large budgets of hundreds of thousands of dollars often achieve results in global markets in only eight to 12 months. While there, the guys showed excellent results. They made CustDev in foreign markets, analyzed a huge amount of data, found their potential clients, and most importantly, signed contracts", said Nikolai Serkutan, the accelerators' tracker.

In September 2022, 41 startup projects were selected to participate in the Scalerator program. For ten weeks, experts and trackers helped participants pump up competencies to bring a product to export, select a target market, and launch repeatable sales.