The Minister of Digital Development, Innovation and Aerospace Industry of the Republic of Kazakhstan Bagdat Musin reported to the Head of State Kassym-Zhomart Tokayev on the work done in the field of digitalization within the framework of the Digital Bridge international forum, which is being held in Nur-Sultan from October 27 to 29, 2021. 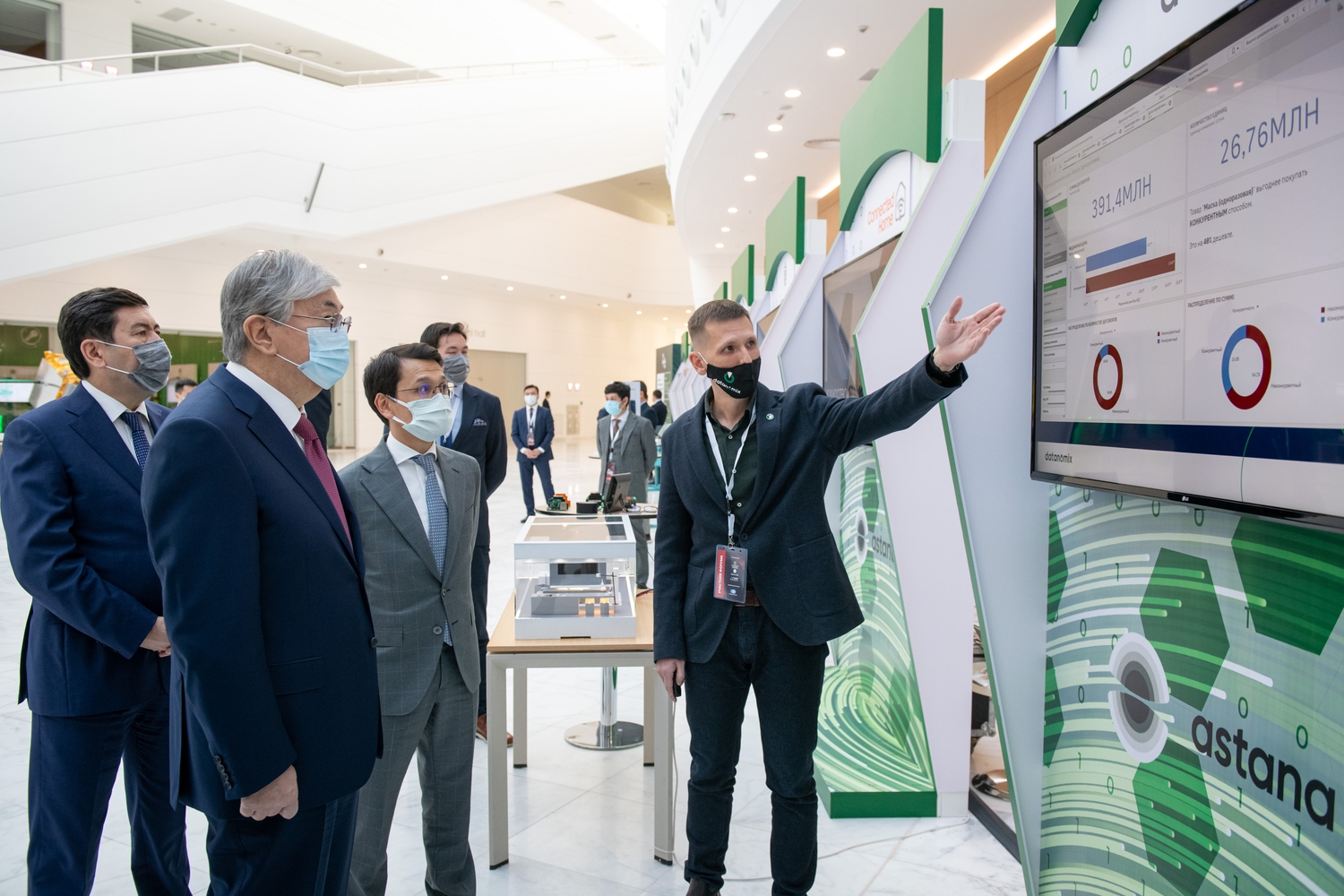 Bagdat Musin presented the President with the Alley of Startups - successful Kazakh IT companies that are in demand in foreign markets. The minister also spoke about cooperation with applications of second-tier banks and financial companies to simplify access to public services for citizens. The multi-platform approach, according to the minister, is already showing a positive effect.

Further, under the chairmanship of Kassym-Jomart Tokayev, a meeting of the Commission on the implementation of digitalization was held.

The minister reported on the current situation in the field of digital development. He noted that in connection with the order of the President, the state program was revised and the corresponding national project was approved. One of the main goals of which is to build a digital state.

“Since the early 2000s, we have focused on process automation. Achieved good results. But the transition to a new level requires new thinking, new approaches and technological changes. Now we are setting the task of being closer to citizens, of solving specific life situations. In this regard, you are bringing services to digital ecosystem platforms. We are working on process reengineering,” said Bagdat Musin.

The minister also reported to the President on the ongoing activities to achieve the instruction of the Head of State to train 100,000 IT specialists.

“Today, we are introducing a “virtual teacher” in all schools in order to keep the program relevant. That is, we are solving the problem of a shortage of teachers in programming and computer science. A pilot has already been launched in East Kazakhstan for 150 schools. By the end of the year, 5 modern IT schools will be launched, and 20 by 2025. Mechanisms have already been developed to distribute 20,000 vouchers over four years. As part of Digital Bridge, we are already handing out the first hundred,” said Bagdat Musin.

At the moment, venture funds have been created in the amount of more than $100 million - TCO, QTV + Quest, MOST, etc. Previously, funds with state participation prevailed - for example, QazTechVentures.

According to the minister, the current task is to attract international players to Kazakhstan. Until 2024, it is planned to create funds with total assets of more than $200 million. With the right adjustment of the three components: capital, human resources and acceleration programs, Kazakhstan will achieve the goals set by the Head of State.

Recall that the international technology forum Digital Bridge is held with the support of Kazakhtelecom JSC, BTS Digital, Tengizchevroil and Transtelecom.