The International Technopark of IT Startups Astana Hub together with the Ministry of Digital Development, Innovation and Aerospace Industry held a meeting with representatives of the US Embassy in Kazakhstan. 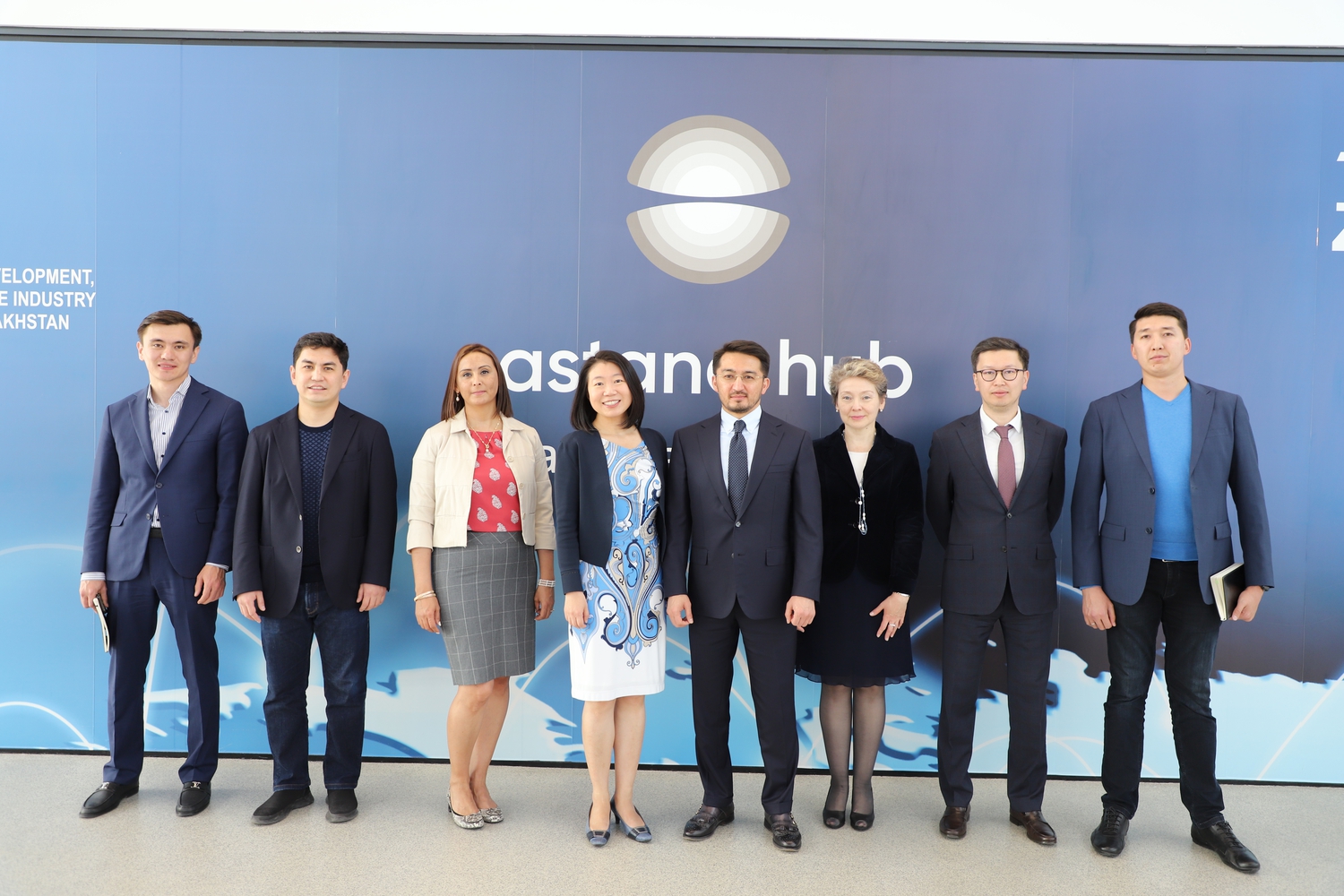 The meeting was attended by the Acting U.S. Ambassador to Kazakhstan, Ms. Judy Kuo, as well as the economists of the U.S. Embassy in Kazakhstan, Ms. Karima Akhmetova and Ms. Laura Hayes. The Ministry of Digital Development, Innovation and Aerospace Industry was represented by First Vice Minister Jaslan Madiyev, Adviser to the First Vice Minister Maksat Koshumabayev, as well as Director of the Department of Information and Development of Information and Communication Technologies Yersultan Ermanov.

General Director of Astana Hub Magzhan Madiyev conducted a tour for the guests, told about the activities of the technopark, current achievements and opportunities for foreign startups.

Ms. Judy Kuo, Acting U.S. Ambassador to Kazakhstan, noted: "We support initiatives that strengthen cultural ties between the United States and Kazakhstan, as well as support priority areas such as information technology to emphasize shared values and promote bilateral cooperation. In this regard, we offer on our website such educational programs as TechWomen, Techgirls, information, visa support and much more."

During the meeting, the parties discussed issues of cooperation in negotiations with Pay Pal, Stripe, Sony Interactive Entertainment, regarding the full-fledged presence of services in the country. Special attention was also paid to Astana Hub's partnership with Google for startups and the launch of the Silkway acceleration program for startup companies from Central Asia, as well as Azerbaijan and Mongolia.

In turn, Magzhan Madiyev noted that the cooperation of the countries will make a great contribution to the development of startup culture, supporting young companies in the implementation of their innovative ideas.