The Astana Hub International Technopark is actively working with universities and schools in the Republic of Kazakhstan. As part of a memorandum with the Republican School of Physics and Mathematics, the Office of Educational Programs of the Technopark acted as a co-organizer of the school incubator Qadam Hub. 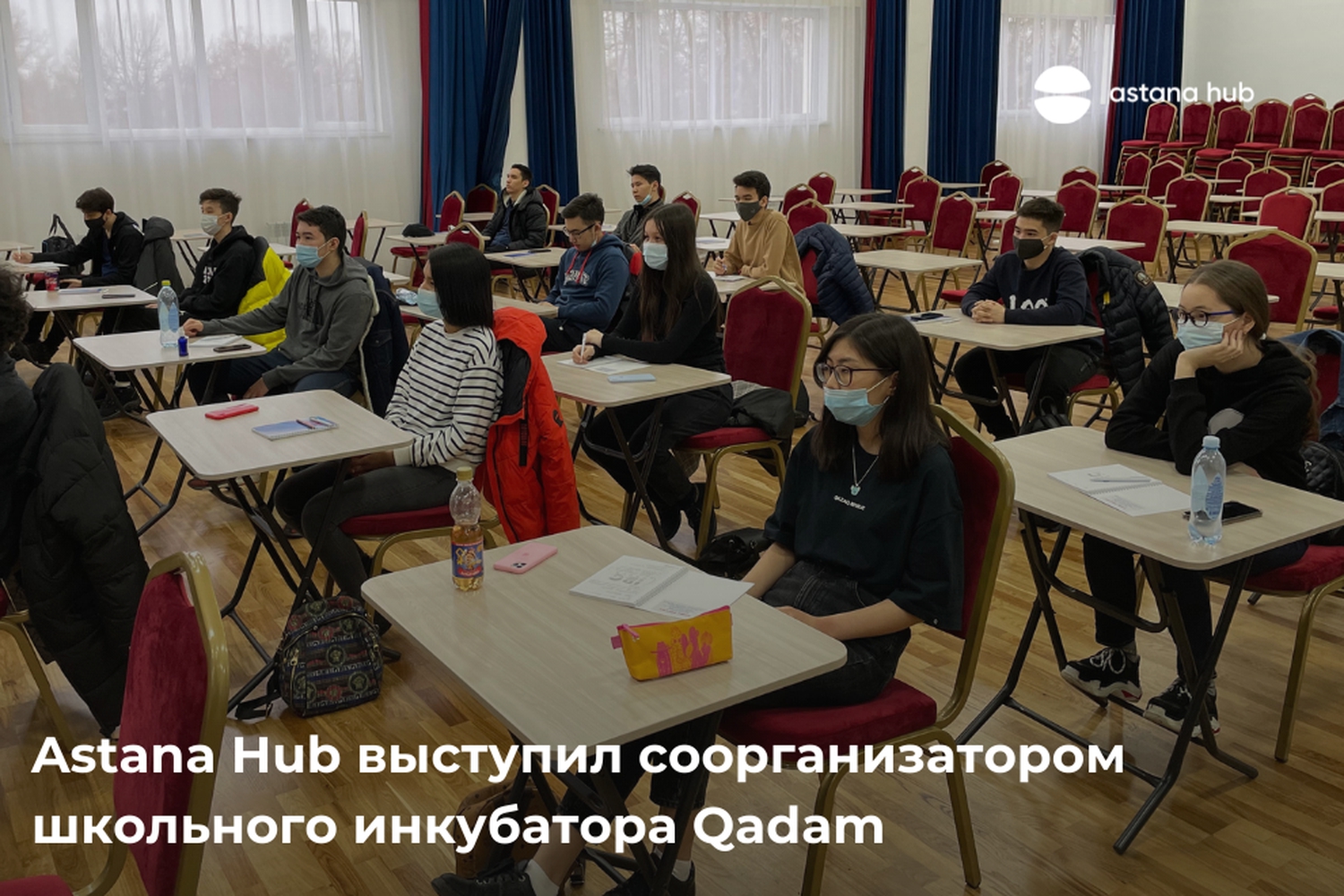 Aibar Usenov, the senior manager of the office, conducted the Startup School course for the participants, was involved in project tracking, and also prepared them for presentation at Demo Day. Other partners of the incubator - KBTU and IBC Group taught participants an introduction to Python, an introduction to machine learning, business thinking and the basics of entrepreneurship.

The organizers recall: initially, 100 applications were received for participation in the incubator. However, only seven teams were able to reach the final. Each idea was special and not like the others.

- The idea to hold a school incubator came after watching the Korean drama 'Startup'. In addition to an interesting storyline, I discovered many new concepts from the world of startups. By virtue of my work, being in constant contact with schoolchildren, I noticed that we have a lot of talented guys who are successfully engaged in project activities: they write programs based on artificial intelligence, win Hackathons, Technovation. This is how the idea to create the Qadam school incubator came about.

And here are the reviews of the Qadam participants themselves:

Qadam Hub finalists receive individual consultations to apply for the Astana Hub incubation program, which starts this summer. According to Aibar Usenov, Astana Hub plans to expand the geography of the Startup School throughout the country.