On April 17, an online meeting of the IT Council under the Akim of Almaty Bakytzhan Sagintayev was held with the participation of the Minister of Digital Development, Innovation and Aerospace Industry of the Republic of Kazakhstan Bagdat Musin. 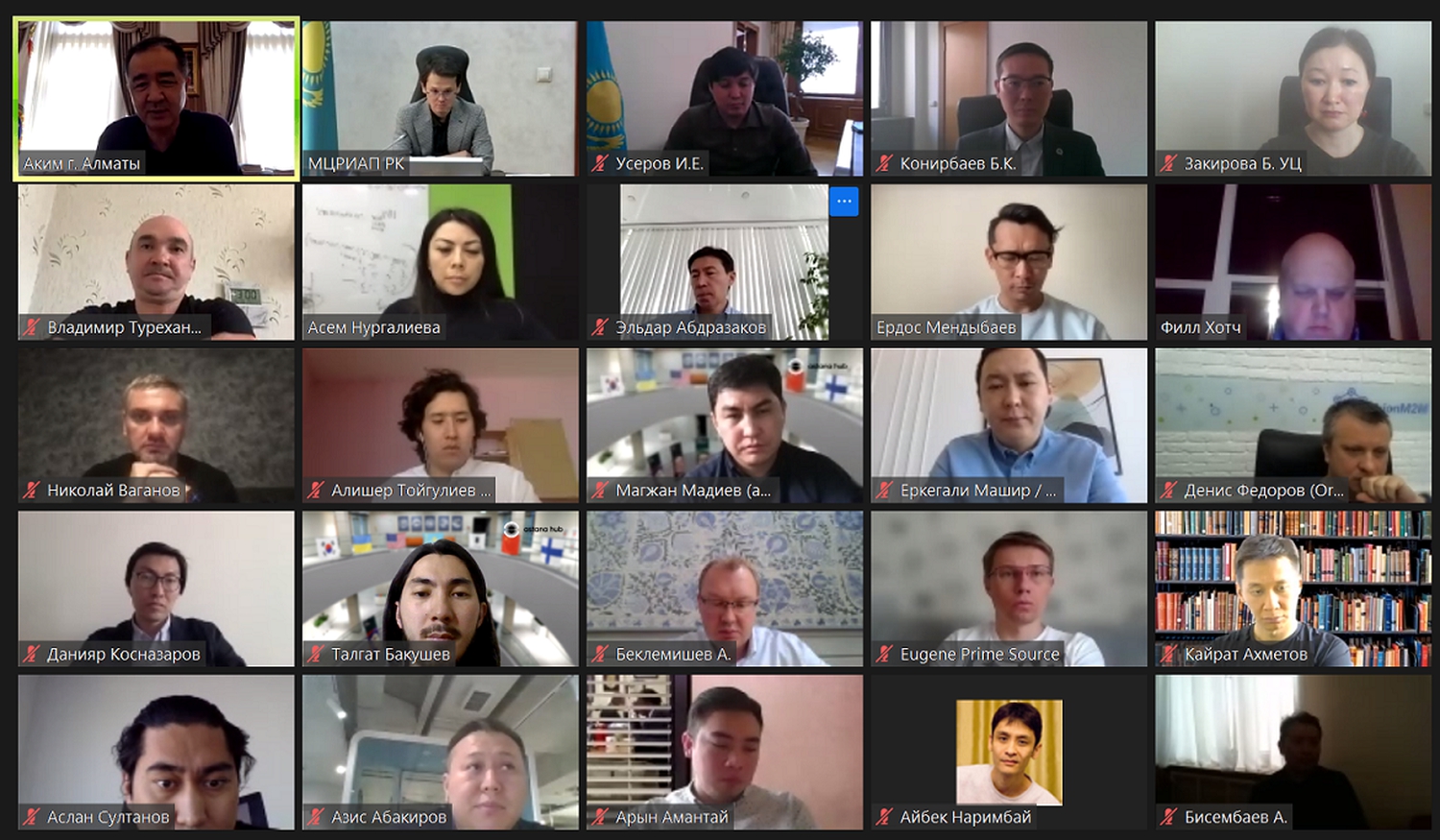 The IT Council meeting was attended by 24 people: Council members, independent experts and invited speakers. The agenda raised the issues of improving the IT ecosystem of the city of Almaty through topical areas: the development of IT freelance, the simplification of legislative norms for testing new IT products, the introduction of digital solutions in city services and the development of an IT export project office in the city.

The main proposals for discussion within the IT Council were presented by Asem Nurgaliyeva, Executive Director of First Credit Bureau LLP, Madi Saken, Frontier KZ Development Director and Member of the Board of the Big Data National Association, Erdos Mendybaev, Director of Method Digital Education Programming School and Magzhan Madiev, CEO of Astana Hub.

Asem Nurgaliyeva, IT Council Coordinator, spoke about the implementation of the council’s roadmap, including export support, IT sandboxing, and Smart City solutions. Madi Saken spoke about the vision of developing a digital sandbox of urban solutions in Almaty to create a controlled technological environment for testing urban IT solutions and working with data. Erdos Mendybaev also expressed an opinion on the creation of a project office for the development of IT exports in the city of Almaty. Magzhan Madiev presented the vision of the Astana Hub office in Almaty, which will be launched this summer and can combine all three areas proposed by previous speakers. The Astana Hub office in Almaty will be located in a space of 1,000 square meters and will develop new areas there: IT freelance, a program to introduce digital solutions to urban services (Smart City) and focused development of IT exports.

The participants of the meeting discussed the proposed ideas, after which the mayor of the city B. Sagintayev and the Minister of Digital Development B. Musin supported the proposals of the speakers.

We remind you that the IT Council under the mayor of Almaty B. Sagintayev was created in 2020 to develop a unified digitalization policy in the interests of the residents of Almaty. The Council unites a group of experts, who are re-elected every year, who solve the most urgent problems of the city.