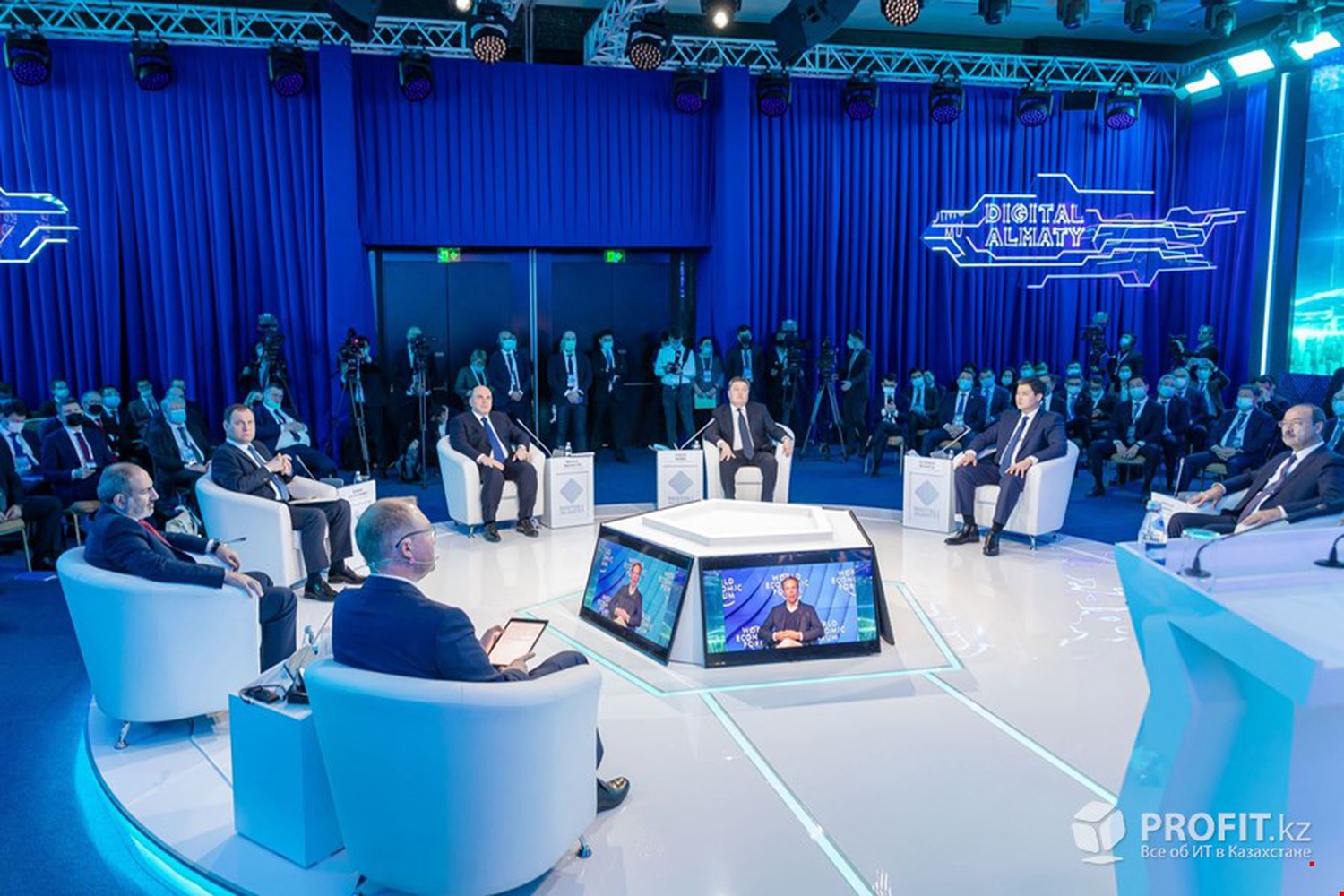 The annual international forum "Digital Almaty: the digital future of the global economy" completed its work in Almaty. This year, the forum was attended by the heads of government of EAEC, leading political leaders, international experts in the field of information technology, as well as IT specialists and technical entrepreneurs.

The main agenda of Digital Almaty was to discuss ways to build sustainable development in the region based on big data and artificial intelligence.

The key event of the Forum was the plenary session «Building a sustainable region on the basis of data and artificial intelligence». The plenary session of the Forum was attended by the Prime Ministers of Belarus - S. Rumas from Belarus, M. Mishustin from Russia, I. Kiku from Moldova, J. Razakov, Deputy Prime Minister of Kyrgyzstan and M. Razakov from Armenia participated in the plenary session of the Forum. Razakov and M. Grigoryan, Chairman of the EEC Board T. Sargsyan, UN Deputy Secretary General F. Hochschild, Director of Government Transformation at Amazon Web Services L. Maxwell, founder of 01 Edu system N. Sadirak and Director of the UK State Digital Service K. Ferguson.

Prime Minister of Kazakhstan noted that the total economic effect from the use of artificial intelligence in Kazakhstan could be about $25 billion a year. The greatest effect is expected in the services sector - up to $15 billion a year, and in the mining sector - up to $9 billion. The international technology park for IT start-ups Astana Hub, based on which the IT programming school "alem" with modern approaches and training methods is intended to become the center of innovation.

"In September 2019 we opened an innovative IT - university. At the moment the issue of cooperation of IT-university with the advanced IT companies and development institutes, such as Amazon and UNICEF, is being worked out. On the basis of the International Financial Center "Astana" together with the company Qwasar, which specializes in training programmers, it is planned to open an innovative programming school", - said A. Mamin.

The Prime Minister of Russia noted that the EEU countries need to form a unified system of digital identification in order to achieve leadership in this area: "Unified, secure virtual projections of people and companies throughout the EEU will serve as a starting point for the creation of our joint digital platform. We should also talk about the recognition of electronic digital signatures throughout the Union."

UN Under-Secretary General Fabrizio Hochschild dedicated his speech to artificial intelligence. "Cryptocurrency and blockchain consume a lot of energy, by 2030 will consume 30% worldwide," said Hochschild. - "There are huge risks when artificial intelligence is misused, it can be used illegally in the form of surveillance and wiretapping by law enforcement.

Chris Ferguson, director of the UK Government Digital Service: "We don't want mistakes to be automated. We need to make decisions in terms of technology. Officials need to be trained in using artificial intelligence", - noted K. Ferguson.

For the first time, an exhibition of IT solutions took place at the Forum, where innovative Kazakhstani companies and start-up projects presented their products along with digital giants. Altogether 8 largest IT companies of Kazakhstan participated in the exhibition as well as startups of international techno park of IT startups Astana Hub - Clockster and Kid Security project. Both projects have undergone an acceleration program and are official participants of Astana Hub.

The heads of the governments of the EAEU member countries presented awards to the winners of the Digital Almaty Awards in the categories "Best IT Solution for the City", "Best Startup Project", "Big Data - Company of the Year", "Best IT Project in the Public Sector", "Woman of the Year in IT", "IT Champion of the Year".

The organizer of the Forum is Ministry of digital development, innovations and aerospace industry of RK with the support of the general partner JSC "Kazakhtelecom" and Almaty City Akimat.