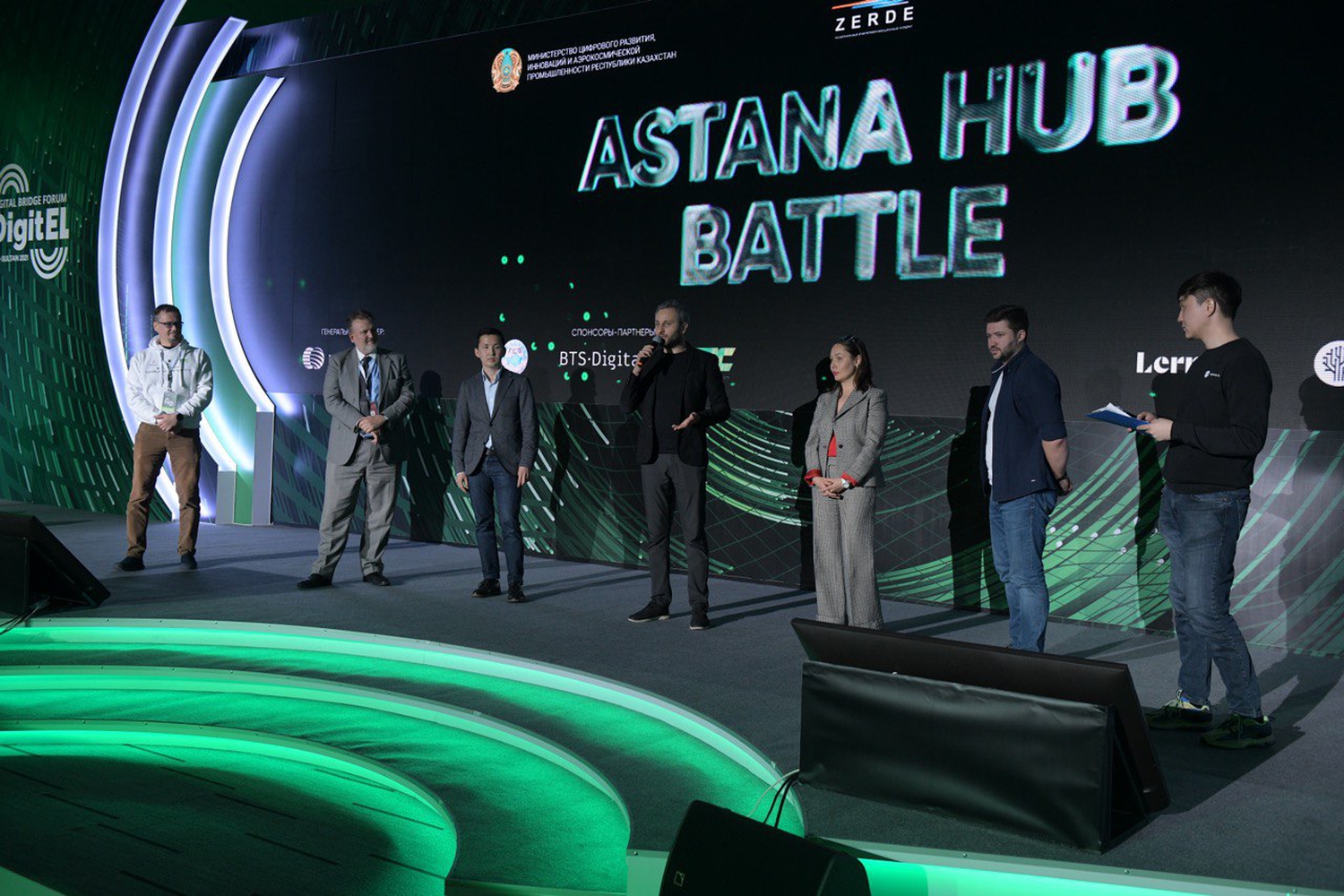 89 young IT companies participated in the semi-finals. In general, more than 250 applications were submitted for the competition.

The battle of technological startups Astana Hub Battle is traditionally held at the site of the international forum Digital Bridge 2021. The battle is held among IT startups that have a scalable working prototype and a team with at least two key members.

The semi-final of the competition was held offline. Each startup project was given 1 minute to present their product to the jury and forum participants.

The jury of the Astana Hub Battle 2021 semi-finals included:

The Astana Hub Battle final will be held on October 29 on the closing day of the Digital Bridge International Forum.

Recall that the international technology forum Digital Bridge is held with the support of Kazakhtelecom JSC, BTS Digital, Tengizchevroil and Transtelecom.