How are girls changing the world with the help of IT?

The founder of the Aiyel Bolsam project, Laura Vaigorova, a women's rights activist and co-founder of the SmarTestPrep startup, launched a telegram bot aimed at combating violence against women. The platform was named Stopharass.kz . 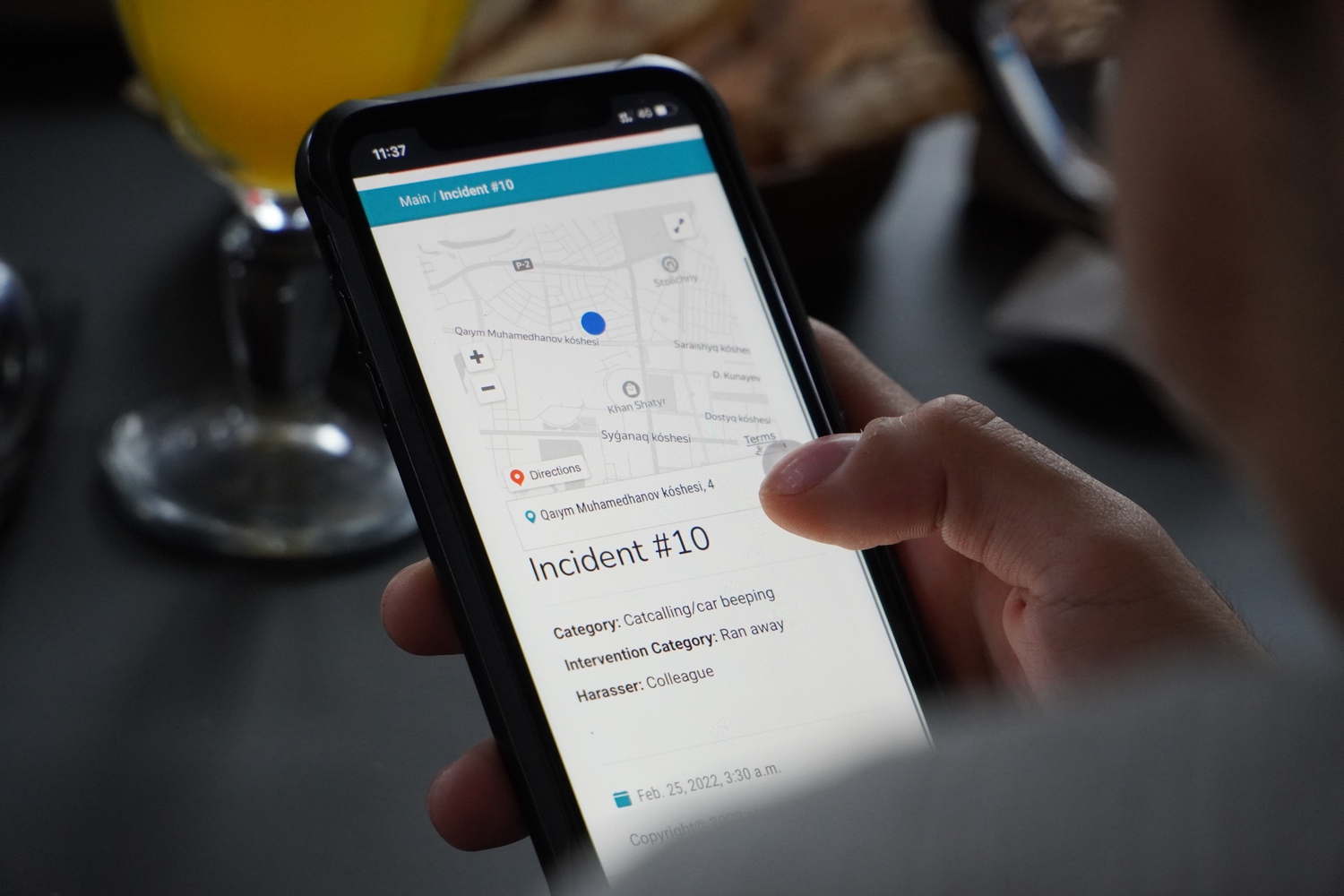 Stopharass.kz is a platform that works in three languages: Russian, Kazakh, English, which shows in which locations of the city harassment occurs more often / less often.

The Stopharass mission.kz - to involve all residents of Kazakhstan in creating an environment intolerant of sexual harassment, harassment, catcalling and other actions that violate human rights. The goal is to protect and notify citizens about the danger of specific areas of their city.

How does it work? When someone experiences or witnesses a case of harassment, they can send an online report to the telegram bot @stopharassbot or to the stopharass website.kz with details of the incident, specifying the address and details. Then stopharass.kz checks the messages and puts them on the map where the hotbeds of sexual harassment are localized. The platform also displays with a colored marker cases where violence was prevented thanks to the quick response and the indifference of others. This allows you to understand how much outside interference helps to avoid an unpleasant situation. It is also possible to indicate from whose side there was an encroachment: a familiar / unfamiliar person, which will allow you to more accurately understand who is most often the culprit of such incidents.

In addition to reporting cases of harassment, on the platform and in the telegram bot, you can find useful information about crisis centers, hotlines for victims of violence, mothers' homes and organizations that fight harassment.

The incident can be reported within 90 days.

“We believe that the more people begin to report cases of harassment in their direction and stop the cases they have seen, the sooner we will understand the scale of the problem and be able to put an end to the epidemic of harassment,” notes Laura Vaigorova.

To create Stopharass.kz the girl was inspired by the organization HARASSmap Egypt, created in 2005 by Rebecca Chiao. The organization helps girls who have experienced violence, thanks to the work of the team, the level of sexual harassment and rape has significantly decreased throughout Egypt.