How is a startup different from a regular business? First of all - the solution of an urgent problem. These can be household, social, environmental, medical and any other issues important to society. One of these projects is the innovative domestic startup Sezual, which develops “smart” solutions for visually impaired people. 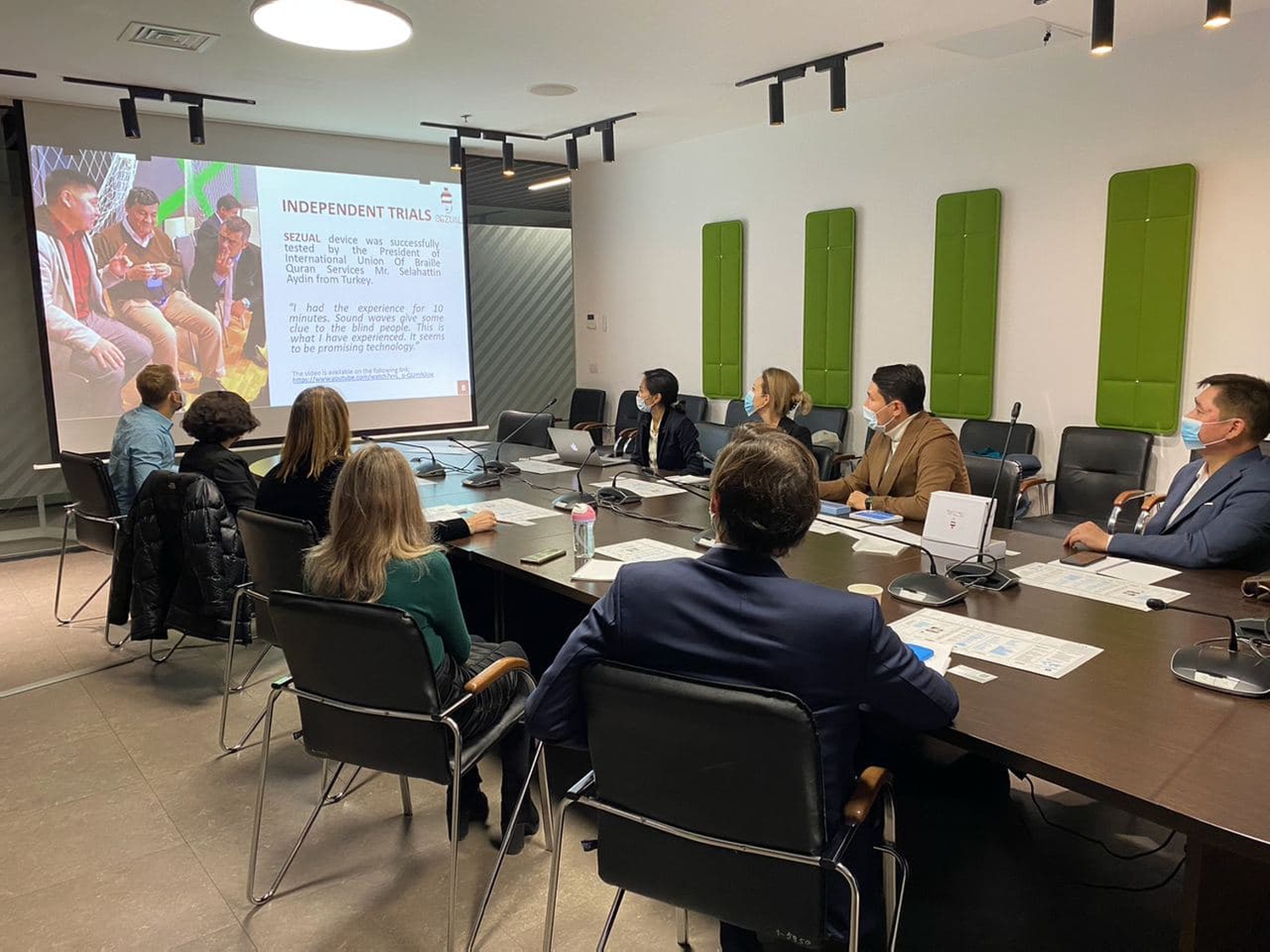 On November 13, Astana Hub hosted a meeting of the technopark employees and the Sezual team with representatives of the World Bank. The guests arrived in Nur-Sultan from Washington, where the headquarters of the international organization is located.

As part of its peacekeeping efforts, the World Bank works with technology start-ups that are solving the social problems of the 21st century. So, during the meeting, Galimzhan Gabdreshov and Abdilda Shamenov, members of the Public Association of the Disabled “Sezual”, presented a tiflo device that helps visually impaired people “see” the surrounding space in three dimensions within a radius of 15 meters using echolocation. The developers claim that the device has no analogues in the world.

By the way, in 2017 the project has already received a grant under the World Bank Productive Innovation Facility Project, which provides support for scientific research and technology commercialization in Kazakhstan. In addition, over the years, the startup has been a participant in various programs and the tax regime of Astana Hub, incl. program to search for foreign investors Astana Hub Roadshow.

Foreign guests: Katarzyna Monika Zajdel-Kurowska - Executive Director of the World Bank Group for Central Asia, managers and economists of the organization Ilias Skamnelos, Martin Melecky, Mariana Iootty De Paiva Dias, as well as employees of the Kazakhstan office of the World Bank visited the technopark and the Alem programming school .

The World Bank is an international financial organization created to organize financial and technical assistance to developing countries in the areas of education, healthcare, agriculture, communications, environmental protection and improving the quality of public administration.