Kazakhstani women will have more power in administration. 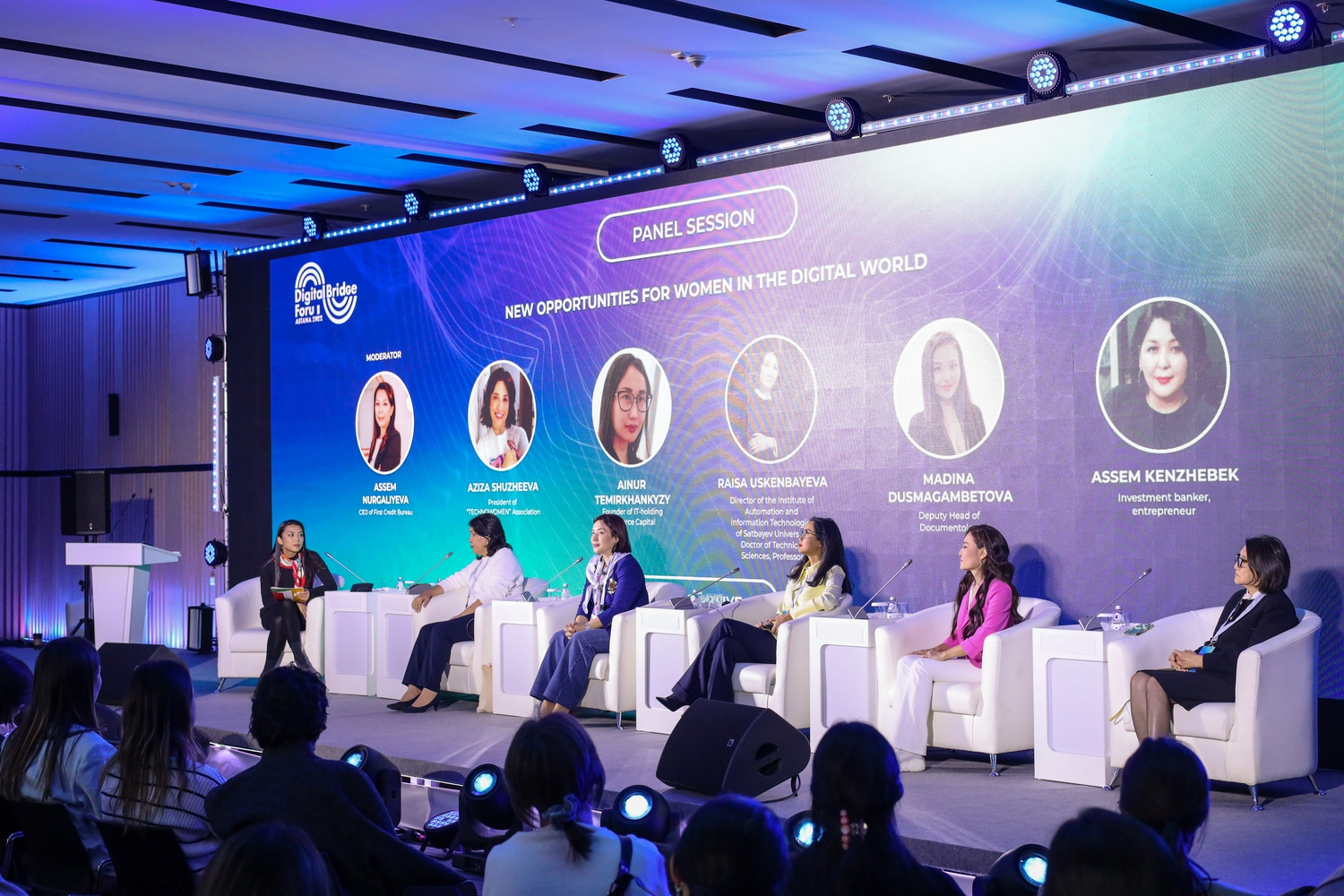 "Technowomen".
The moderator of the session, the Executive Director of the FCB, Asem Nurgalieva, also shared data that about 80% of SMEs consider themselves weak or completely non-technological. However, this is the basis for the implementation of diversity in the economy of Kazakhstan. "If we think that an analog SME will allow us to make the notorious quantum leap, we are already mentally lagging. The consumer, accustomed to using the digital services of large corporations, will no longer be able to support the non-technological business models of SMEs, which are forced to change. This is a good opportunity for women," she stressed.
Thus, 43% of the heads of companies in the SME sector are women, including 52.57% as individual entrepreneurs.
New niches related to the digital economy will also increase the incomes of almost 56% of women employed in low-margin industries. As Aziza Shuzheeva, head of the Public Fund for Digital Transformation, notes: "It is necessary to strengthen the positions of women in leadership positions and increase the share of women in the decision-making system in the country. For this purpose, special quotas of 30% have already been approved for women to participate in the Boards of Directors of the quasi-public and public sectors. This norm will affect more than 500 organizations with the human resources potential of more than 1.5 thousand qualified women."
The topic of women's potential in the development of the institute of corporate governance and increasing investment attractiveness was continued by investment banker Asem Kenzhebek: "Not only international government organizations, but also foreign investors introduce requirements for the presence of women in both the supervisory and executive bodies of companies. For example, for listing on the Hong Kong Stock Exchange, there is a strict requirement for the presence of women in the composition. Otherwise, the project will not pass the listing committee." And this is not about gender equality but also the high responsibility of women.
The topic of personnel shortage in IT as a niche for developing women's IT was also raised during the discussion.
"The resulting shortage of IT specialists, which is noted by IT companies in Kazakhstan, creates an opportunity for women to "enter it" not only for beginners but also for those who want to change their profession. Companies providing job diversification have a 21% higher success rate." - said the speaker of the session, Madina Dusmagambetova, Deputy General Director of the Documentologist company.
Gender rhetoric in Kazakhstan is smoothly moving into a systemic channel.

Recall that the International Digital Bridge Forum was held in Astana on September 28-29.  In 2022, the business program of the Forum included 45-panel sessions.  The exhibition of tech parks,  IT Startups Alley, IT schools exhibition, an IT Job Fair, and the Astana Hub Battle.
The organizers are the Ministry of Digital Development, Innovation and Aerospace Industry of the Republic of Kazakhstan, the Akimat of Astana, and the international tech park of IT startups Astana hub.
General sponsor of the Forum - Kaspi.kz. Sponsors and partners- Kazakhtelecom, Freedom bank, Tengizchevroil, My Car, Tech culture, Huawei, G42, Halyk Bank, Bi group, Prime source, Glovo, SF, Leica, BI Group, OneWeb, Citix.